The skin is hyper-industrial and metallic-looking, thus making it very cold, yet very sleek. 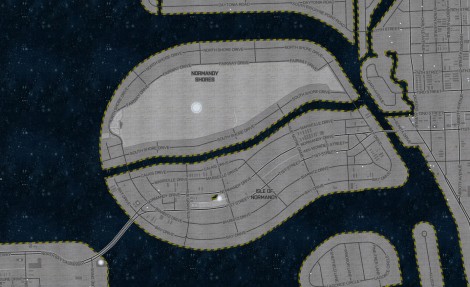 City Lab’s John Metcalfe likens it to that planet-sized intergalactic destroyer of actual planets in the original Star Wars films, the Death Star — rightly so, as Lutz herself explains how she “removed all of the water labels, since they distracted from the illusion of floating in space.” 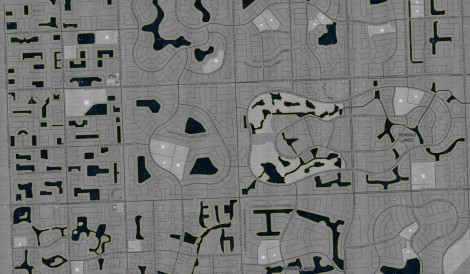 There is indeed an ominous feel of an almost Orwellian, globally-urbanized new world order, suggesting perhaps that the planet’s population was wiped-out by extra-terrestrials seeking to exploit Earth’s bountiful resources and enslave the few humans who survived the initial invasion.

Lutz’s exercise in creative cartography evokes the dormant sci-fi geek in us all . . . well, in me at least, clearly.

It’s an excellent marriage of clean graphic design and digital web cartography, and makes for a great Friday escape from those more mundane maps of Earth’s space that circulate so freely.

Be sure to check out the fullscreen version of Space Station Earth at Mapbox (which will start you off in Lutz’s favorite Earth ‘colony’ to map: Paris) and learn more about Lutz’s rationale behind her latest map-design project in her own words.